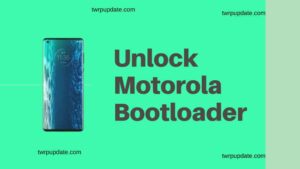 Do you want to Unlock the Motorola bootloader?

Unlocking your moto g device will open the way to make the device awesome and something unexpected.

Not only the unlocking way we’ll guide you through the locking bootloader process. So let’s start-

Unlocking the bootloader is the key to open the door to make the device a super device. Did you get it?

Once the Motorola bootloader unlocked then you’re eligible to do unexpected things.

Once the bootloader of Motorola is unlocked then, you can edit OS files that are impossible for any normal user.

Secondly, you can install any android application no matter if it is available on the play store or not. Because bootloader unlocking gives you the freedom to do anything with your moto g device.

You can install any third-party application or such as your own software which is not secure. And the fact is your operating system will not alert you to install these types of applications, because you unlocked your android bootloader.

Are you enjoying it?

Once the Motorola bootloader is unlocked then the device warranty will be lost. Motorola officially mentions on their site that they’ll not be responsible for any kind of loss.

Like sometimes things go wrong then chances of device bricking will increase.

Before unlocking you have to agree with Motorola terms and conditions.

The best part about unlocking the bootloader of Motorola devices is all the support available on Motorola devices. It’s mean if you have any doubt then just drop a query on the official community of Motorola. Definitely, they’ll solve your query.

Whether bootloader unlocking will open the different ways to make device experience much better. But there are some bad facts about the unlocking process.

Hope these warnings will open your eyes before unlocking the bootloader of your Motorola device.

Why is the Moto Bootloader is Locked?

The motive behind the pre locked bootloader of moto g devices to protect the users.

Already locked bootloader will give you a lot of benefits like your data is encrypted, no one can steal your data until you give permission.

OS will alert you if they find any complicated application whose algorithm is not understandable by the play store. So they are treated as viruses and more infected apps. Which causes harm to your device.

This will happen only if the bootloader is locked.

This is such a big deal.

Our android operating system gives us the best user experience with security. Rather Android is open-source but it is reliable.

Did you enjoy it?

Unlocking the bootloader is simple if you follow all steps carefully. But before unlocking makes sure you know about these necessary things.

First, make sure you backup all your data. As we already mentioned above, this process will wipe your all content of the device.

You should have a PC/Laptop and USB cable to connect a Motorola android device with pc. Charges device battery 70-80% to avoid sticking problems.

Note – Replace the word (YOUR DEVICE KEY) in 14th step with the unlock key which you get on email.

Hope it helps you.

Congratulations! You just unlock your moto bootloader. You’re ready to fly high. Now no limit to any terms and conditions.

Just do whatever you want to do.

If you still have any problem then check out the official page of unlocking bootloader – https://motorola-global-portal.custhelp.com/app/standalone/bootloader/unlock-your-device-b

Without accepting terms they’ll support you because they know bootloader unlocking causes many problems with devices. Which is already mentioned above demerits part.

Check the list below if your device is in the device. Then they’ll provide official support on their website, also the unlocking way to unlock safely.

This is the total list of devices whose official way of unlocking the bootloader is listed on the Motorola website. If your device is on the list then congrats. For the rest peoples, our article will help you to unlock the moto bootloader.

This video is added an update. Many users wants the video and practicle format to unlock booltoader of moto g device. So here’s an video to guide you the steps by step process to unlock moto bootloader.

Just watch the complete video and do practically. If you want to re-lock your moto g device. Then welcome below to read deeply.

Guide To Re – Lock Motorola bootloader

As per the above guide, you unlocked your device successfully. But not every user is satisfied with the unlock bootloader.

They face some serious problems with their devices. So they want to lock the bootloader back and want the previous device. Which is before the bootloader unlock.

Follow all steps carefully. Do at your own risk.

Here’s the way to lock the bootloader again on any Motorola device.

Whether their official Motorola bootloader unlocks guide is available, but still many users have problems unlocking devices. And no one gives answers to those users.

So we are trying our best to give you as much information as possible.

The above article will help you to unlock any Motorola device. No matter the device model. Just follow and unlock. Don’t forget to check the devices list whose unlock codes are officially available on the Motorola website.

Many people want to lock their bootloader again, so we guide you on how you can again get bootloader access or again lock Motorola bootloader easily.

This site uses Akismet to reduce spam. Learn how your comment data is processed. 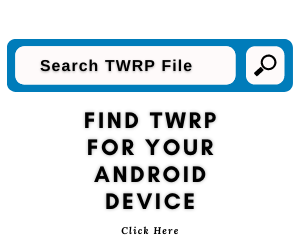